The International Pacific Halibut Commission (IPHC) is an international organization established by a Convention between Canada and the United States of America.

The IPHC Convention was concluded in 1923 and entered into force that same year. The Convention has been revised several times since, to extend the Commission's authority and meet new conditions in the fishery. The most recent change occurred in 1979 and involved an amendment to the 1953 Halibut Convention. The amendment, termed a "protocol", was precipitated in 1976 by Canada and the United States of America extending their jurisdiction over fisheries resources to 200 miles. The 1979 Protocol along with the U.S. legislation that gave effect to the Protocol (Northern Pacific Halibut Act of 1982) has affected the way the fishery is conducted, and redefined the role of IPHC in the management of the fishery during the 1980s. Canada does not require specific enabling legislation to implement the protocol.

To develop the stocks of Pacific halibut in the Convention waters to those levels which will permit the optimum yield from the fishery and to maintain the stocks at those levels.

As detailed in the IPHC Convention, the Commission shall:

“Convention waters” means the waters off the west coasts of Canada and the United States, including the southern as well as the western coasts of Alaska, within the respective maritime areas in which either Party exercises exclusive fisheries jurisdiction. For purposes of this Convention, the “maritime area” in which a Party exercises fisheries jurisdiction includes without distinction areas within and seaward of the territorial sea or internal waters of that Party. 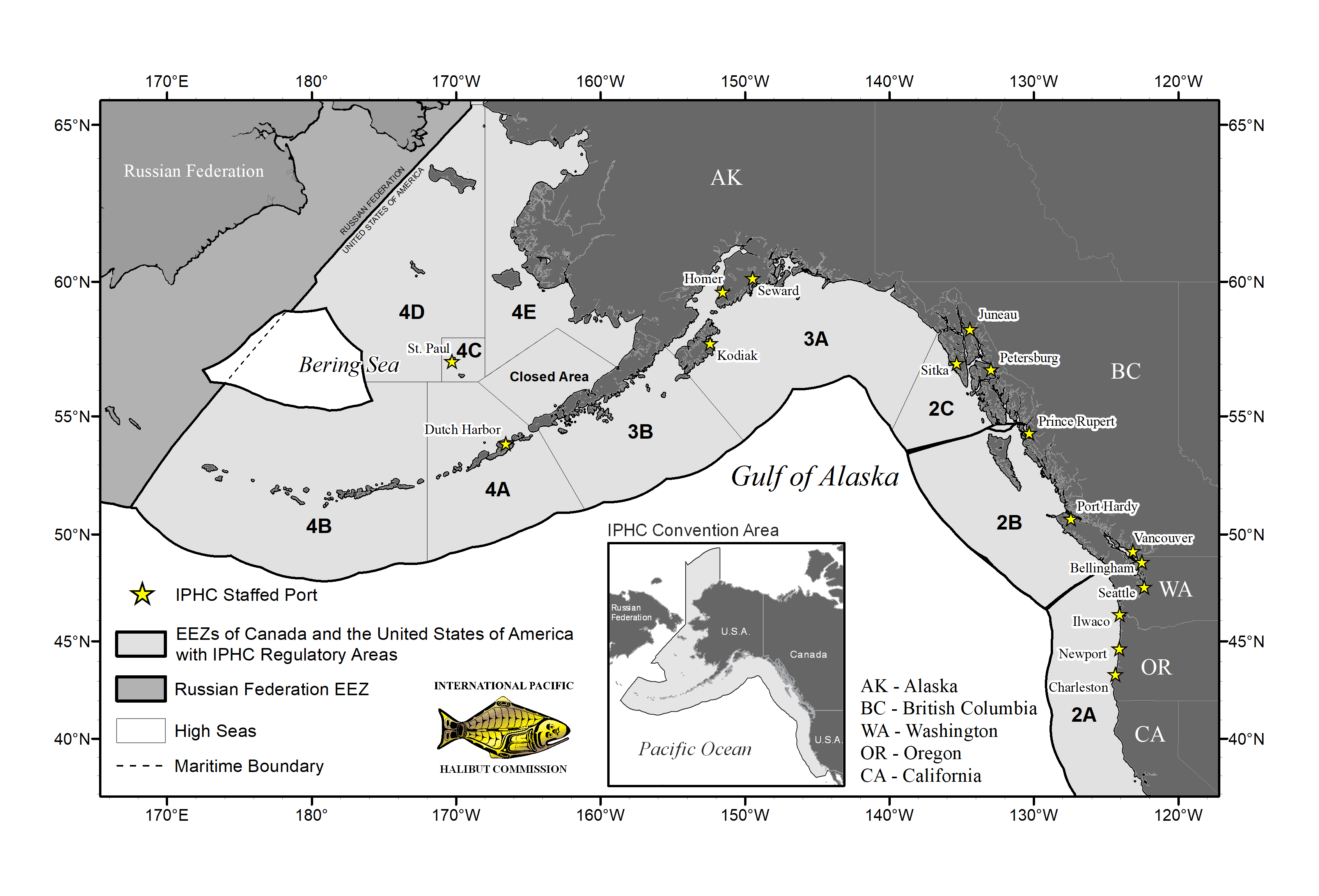 Structure of the Commission

View The Structure of the Commission

Current and former commissioners from Canada and the USA.

Check for openings and position information at the IPHC.

Info about the IPHC's outreach, events, and other resources.

IPHC Directors of Investigations and their years of service

Learn about how the IPHC sets harvest levels for Pacific halibut.

Learn about the development, adoption, & more of Fishery Regulations.

Learn more about the talented team behind the IPHC.

The IPHC works with government bodies to ensure Convention compliance.

The IPHC agreed in 2011 to implement a process of Performance Review.

Cooperation with Other Organisations

The IPHC has a number of arrangements with other institutions.

View Cooperation with Other Organisations