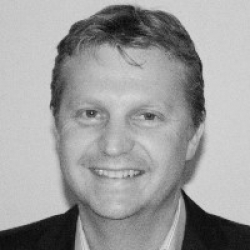 Although I’m originally from Australia, I’ve spent the majority of my professional working life abroad. Much of this time has being involved in fisheries science institutional management and in developing and implementing multilateral arrangements for the conservation and management of highly migratory fish stocks, and shared fish stocks in the Pacific Ocean, Indian Ocean and Caribbean. My experience was largely gained while working at the Indian Ocean Tuna Commission (Deputy and Acting Executive Secretary); Australian Government International Fisheries Science Head (Department of Agriculture, Forestry and Fisheries – Australian Bureau of Agricultural and Resource Economics and Sciences); Northern Fisheries Senior Manager at the Australian Fisheries Management Authority; Director of the Center for Marine Resource Studies in the Turks and Caicos Islands, and Fisheries Biologist with the Department of Marine and Wildlife Resources in American Samoa. I obtained my doctorate from James Cook University, Australia, in tandem with the Australian Institute of Marine Science, and the Smithsonian Tropical Research Institute in Panama.