The IPHC regulates which gear types can legally retain Pacific halibut. The IPHC regularly makes policy recommendations to its member governments and assists in designing and analyzing bycatch reduction measures.

Prior to the 1960s, bycatch was relatively minor due to the minimal amount of fishing for those species with overlapping distribution with Pacific halibut. However, in the early 1960s, Japanese vessels began fishing for groundfish in the Bering Sea and bycatch increased dramatically, peaking in 1965 at approximately 21 million pounds (12,701 t) from all areas of the north Pacific. Bycatch levels have risen and fallen several times since then in response to fishery development, the introduction of bycatch management measures, and the level of Pacific halibut abundance. Since the early 1990s, total bycatch mortality has decreased steadily to about 6 million pounds (2,720 t) in 2017. The history of Pacific halibut bycatch off the United States of America versus Canada is quite different, as described in each IPHC Regulatory Area’s section on bycatch. 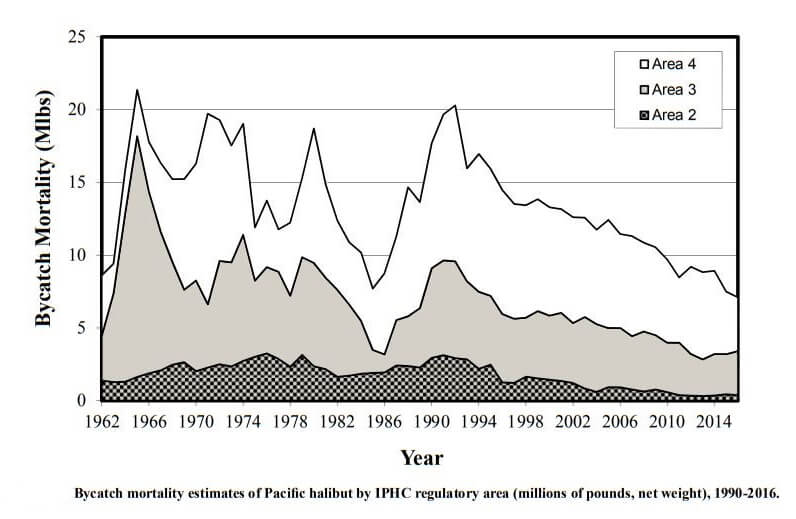 In Alaska, the NPFMC and NMFS set and enforce regulations.